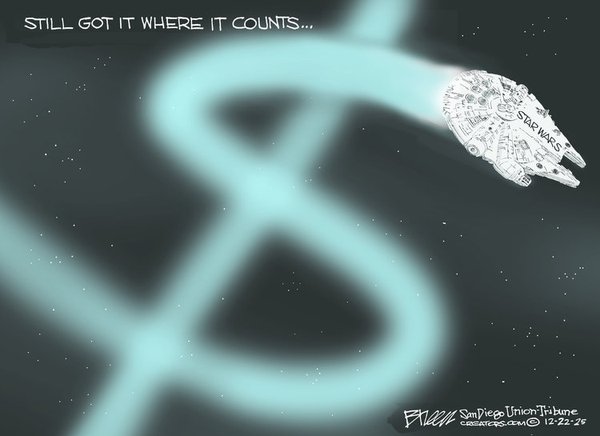 I saw 'The Force Awakens' over the weekend. It was good but not as good as I expected considering the resources J.J. Abrams had at his disposal. It's much better than the three George Lucas prequels but I still think "A New Hope" and "The Empire Strikes Back" were better.