Guest Column: What Happened to the First Amendment? 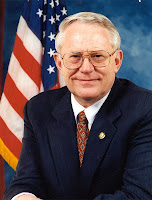 Some of our most cherished freedoms are contained in the First Amendment to the U.S. Constitution. In order, the amendment protects our rights to freedom of religion, freedom of speech and of the press, and the freedom of assembly.

Actions by the President’s administration are chipping away at each one of these freedoms in distinct ways. First, the new health care law attacks the freedom of religious conscience. Second, the Department of Justice has issued a questionable subpoena of Associated Press phone records. Finally, the Internal Revenue Service has discriminated against conservative groups trying to voice their objections to an expansive federal government.

The freedom of religion includes the protection to follow one’s conscience. Under the new health care law, the Affordable Care Act, the government is mandating that employers provide insurance that pays for all forms of contraception. This includes coverage of abortion-inducing drugs, contraception, and sterilization.

There is only a very narrow exception for houses of worship and seminaries. Basically, the government is telling employers that they either have to violate their conscientious objections to these services or drop health insurance all together and pay a fine.

Religious charities and schools don’t see their actions as separate from their faith. They are a natural outpouring of their calling to serve God. The federal government is seeking to dictate what is right and wrong and make them choose between their calling and their conscience.

This is a grievous assault on the freedom of religion. We shouldn’t force this choice on any employer.

Freedom of the press means that reporters should have a reasonable expectation to privacy. This week, we discovered that the Department of Justice issued a highly questionable subpoena for the phone records of the Associated Press. Records included reporters’ home phones and even a phone in the House of Representatives press gallery.

Such a blanket subpoena for press records is simply unheard of. Speaking this week on television, George W. Bush’s Attorney General Alberto Gonzales stated that under his watch the department had avoided subpoenaing the press in this manner.

The department has stated that these records were requested as part of an investigation into the leak of information on a CIA operation in Yemen to stop a potential airline bombing. However, the subpoena is extremely broad and may not have been properly approved. The Attorney General denied any knowledge of the subpoena even though the department’s regulations require his approval.

Such a breach of press freedom is chilling. Reporters across the country now have to wonder whether they too could find their sources compromised by government investigations.

Americans have the freedom to assemble for political purposes and unite together to petition the government. The third attack on the First Amendment is the IRS targeting of Tea Party and other conservative groups. For more than a year, the IRS simply refused to approve any group with “Tea Party” in their name for 501(c)(4) non-profit status. The IRS asked these groups for information that they were barred from requesting by law.

At the same time, progressive groups with the same mission but different politics were routinely approved. The acting Commissioner of the IRS has been fired, but the woman who directed the division during the period in question is now running the IRS office in charge of implementing the health care law. If the IRS can’t be trusted to fairly review non-profit applications, why are we going to give them power over health care?

The IRS singled out these groups after several prominent Senate Democrats made public appeals to investigate non-profit applications. The chief Senate tax writer, Max Baucus (D-MT), wrote a letter in September 2010, just months before the IRS issued guidance targeting these groups. Simply put, the IRS appeared to be doing the bidding of liberal politicians.

The President says he respects the First Amendment, but officials under his direction are finding shocking ways to restrict our rights. The Founding Fathers knew that the government would always be tempted to restrict our liberty in the name of the common good or national security. The President is supposed to protect our constitutional freedoms. We need him to clearly stand against these abuses.