Columnist: Conservatives Must Not Let Media Pick The Candidate 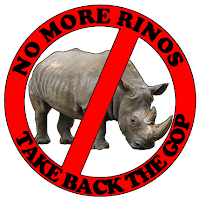 Douglas MacKinnon warns conservatives what happens when they compromise on a political candidate. (Hint: Someone like Barack Obama is elected president)

From his column in Investor's Business Daily:

Leaving aside the televised, overly scripted, predictable and marginally useful "debates" now taking place between the Republican candidates for president, there are much more important discussions going on between conservatives and independents who are unified in their belief that for the good of the nation, Barack Obama must be defeated.

Those discussions — taking place across kitchen tables, in lunchrooms, or in neighborhood bars after a week of hard work — are trying to determine which path to follow in the approaching political fork in the road.

One of those paths will most likely lead to the defeat of Mr. Obama. The other could very well ensure his re-election.

It is critical for Republicans, conservatives, and independents to remember that from the 2008 GOP field, John McCain had the stamp of approval from the mainstream media.

In fact, the liberal media worked overtime to resurrect his then all but comatose campaign. Why?

That same liberal media told us that independents and a good number of Democrats just loved McCain.