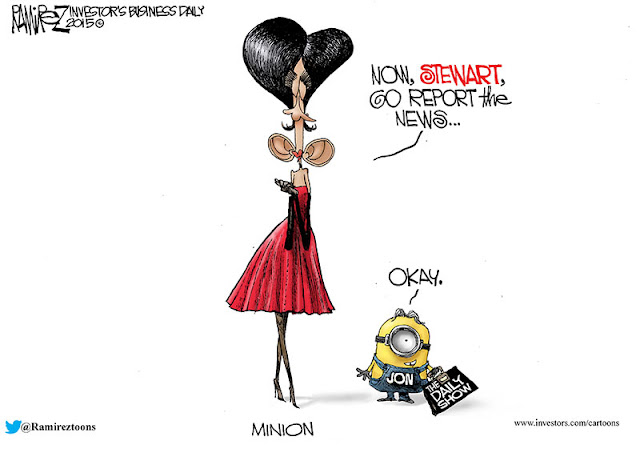 
As for any pretense of Stewart as an "objective" observer of daily events, well, forget about that too. Turns out he's just another left arm of the mainstream media.

No surprise that Stewart is, as the New York Post put it, a "partisan hack." On his show, conservatives and Republicans are routinely ridiculed for their beliefs, while liberals are derided for not being liberal enough.

Stewart has long had an aw-shucks attitude about his own influence, claiming to be disappointed that so many young people seem to get their news from him.

On that, he's right. The comedian and others like him — Stephen Colbert comes to mind — have replaced an earlier generation of journalists who, while also liberal, at least tried to play it down the middle.