Stop the Presses! A Republican Wins in Philadelphia! 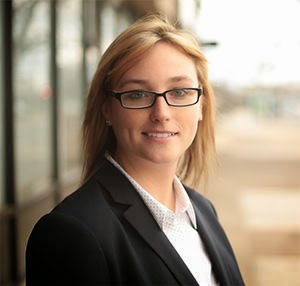 It hasn't happened in a quarter-century.

Republican Martina White has won the special election to fill a vacant seat in the Pennsylvania House of Representatives from Philadelphia's 170th State House District.

The seat was held by Democrat Brandon Boyle, who resigned after he was elected to Congress. Registered Democrats outnumber Republicans 2-to-1 in this Northeast Philadelphia legislative district (which isn't as bad as the rest of Philadelphia, where Dems enjoy a 7-to-1 registered voter advantage.)

"Congratulations to Martina White on becoming the first newly elected Republican to represent a Philadelphia-based State House District in twenty-five years," Gleason said. "Martina White's strong work ethic and background in finance helped Martina to earn the support of the voters the 170th State House District. Martina's roots in the Northeast, focus on Northeast Philadelphia's local issues and  diverse coalition of support will make her a terrific state Representative and member of the Republican Caucus.

"I want to congratulate Philadelphia GOP Chairman and State Representative John Taylor, Speaker of the House Mike Turzai, Majority Leader Dave Reed and all of the volunteers and supporters who helped to make Martina’s victory possible. I look forward to watching State Representative-elect White use her voice to make a difference in her District with the now 120 member Republican House majority.

"In the first election after the Democrats announced their plans to hold their 2016 National Convention in Philadelphia, Republicans have delivered a resounding welcome with a huge win."