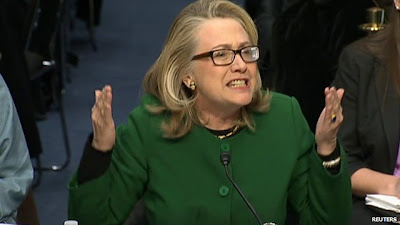 Reason Magazine celebrated its 45th anniversary by publishing a list of 45 "Enemies of Freedom." Among them is Hillary Rodham Clinton.

Here's what the magazine had to say about the presumptive 2016 Democratic nominee for president:


"It takes a village," Hillary Clinton famously wrote, and we've learned since that her meaning encompassed villages in Iraq and Afghanistan to house American troops, villages of taxpayers to fund her favored programs, and villages of snoops to staff a national security state. Those villages must be prudish, too, given Clinton's longstanding fear of video-game sex. To Hillary's credit, she does advocate Internet freedom for villages overseas. Too bad she doesn't promote the same idea at home.

Check out the full list online at the link below: