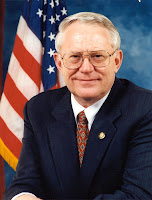 In 2009, as health care reform was being considered in Congress, Gallup asked Americans what they wanted out of potential legislation. Eighty-three percent of Americans said that it was either extremely or very important that legislation make health insurance more affordable. When asked whether expanding coverage or making health care more affordable was more important, the majority of Americans said the priority should be bringing down costs.

According to many studies, Americans pay more for health care but get less. Health care keeps eating more and more into family budgets. While wages haven’t increased very much, health costs keep rising at or above inflation. In fact, for some Americans health insurance premiums could skyrocket in the coming years.

The Affordable Care Act might have been a good poll-tested name for the health reform bill, but the actual content of the bill has done little to actually make care more affordable. This week, the Energy and Commerce Committee released a joint report demonstrating how the law is increasing costs for young adults and middle class families.

The report compiles data from over 30 studies of how the law is affecting real people. Behind these statistics are real families. When government actions increase their health costs, they have to make painful decisions. For some that might mean cancelling a vacation but for others high medical costs eventually lead to bankruptcy. Very few Americans think they should be spending more of their paycheck on health insurance. Unfortunately, the new health law is making that decision for them.

All of these plans were already regulated at the state level, but the new law adds a new layer of federal government regulation. This new layer of red tape has significant costs. In places like Arizona, Arkansas, Iowa and Ohio premiums in the individual market could double in the coming years. Here in Pennsylvania, the premium increase is expected to be 39 percent.

In addition to the added federal government red tape, the new law imposes a wide array of taxes on health insurance plans, drugs and medical devices. Over $165 billion in new taxes and fees are either here now or on their way soon.

The tax on medical devices is known as an excise tax, meaning that a company has to pay it even if it is not profitable. Excise taxes are usually only leveled on products that the government wants to discourage, like cigarettes and alcohol. This tax will discourage the development of new devices and make current medical devices more expensive for consumers.

Most importantly, purchasing health insurance is no longer optional. Families have to buy coverage or face the new IRS-imposed penalty. Many Americans will face a catch-22 where they have to buy insurance, but because of the greatly increased costs won’t be able to afford it. They will have to face the penalty and still go without care.

We can do better. For most people, looking at a health care bill is daunting. The costs don’t seem to make much sense, but they are trapped in a system. Under the new law, that feeling of entrapment will only grow. Health insurers are consolidating. Health systems are buying up individual practices and hospitals. Choices and competition are being reduced.

We need the government to give workers the same tax advantages for purchasing health care. They need to be able to own their insurance plan and take it with them.

We need reform that puts families and doctors in charge of health care decisions, not government bureaucrats or insurance companies. Right now, car insurance companies are fighting for your business. If you don’t like your insurer, it is easy to drop their coverage and go with someone else. Americans need that kind of control in health insurance. They are not getting it under the new law.