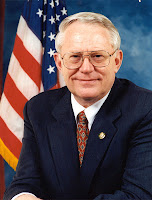 "Let me repeat — nothing I'm proposing tonight should increase our deficit by a single dime." — Barack Obama, State of the Union 2013

If you were told that you could get something for nothing, you'd probably be suspicious. The old statement that "There is no free lunch" remains true everywhere, even in Washington, D.C. In his annual State of the Union address, the President told everyone in the nation that we could have lots of free lunches. We need to take a deeper look.

State of the Union addresses are typically a laundry list of policies, many of them with price tags attached. President Obama isn't the first one to throw a bunch of spending programs into the annual address, and I don’t think he'll be the last. What caught me by surprise was the notion that he would find the money to pay for this.

First of all, let's take an account of where we are right now because this matters a lot. The President talked about not increasing the deficit, but the annual deficit has been over a trillion dollars for the past four years and will likely be that large again this year.

Saying we aren't going to add to the annual deficit is like boasting that you've stopped the floodwaters when they've already swamped the first story of your house. Our national debt has already climbed past the point where it begins to hold back economic growth.

Additionally, many of our government programs are on autopilot. The President didn't propose reforms to these programs that would keep them from adding to future deficits.

The day after the speech, there were some questions about how much all of this would cost. While the President said he could pay for all of it, his advisers didn't actually have a dollar figure for the costs associated with the programs.

While the White House might not know how much the President wants to spend, the National Taxpayer Union Foundation published an estimate of what all these items might cost. While they estimated that the speech's price tag could be more than $83 billion, many of the items couldn't be scored without more details.

That means we must either cut spending by $83 billion or raise taxes by the same amount. Since the President didn't really propose any cuts, we can assume that all the money for his new programs will come from additional tax increases. The President has already won increased taxes on income, on investments, on medical devices, health insurance, and many other ways.

The President's State of the Union is a speech, and it's easy to write and deliver a speech. What is much harder is producing a budget. The President failed to meet the legal deadline to submit his fiscal year 2014 budget to Congress. We still don’t know when it will be delivered.

We are also facing possible implementation of broad budget cuts known as the sequester. This was the President's idea for reducing spending in order to raise the debt limit a few years ago. Twice last year, House Republicans passed legislation to replace these broad cuts with more focused reforms.
The President says he wants to stop the sequester, but he has not released a detailed plan to do so. Democrats control the Senate, but they haven't brought a sequester replacement to the floor. We've put our ideas in writing. It's time for the Democrats to do the same.

Right after the State of Union address, the President embarked on a series of speeches across the country. Frankly, we don't need more speeches. What we need are solid proposals from the President and then honest negotiation.

We live in an era of divided government, but things still need to get done. Earlier this month, I introduced bipartisan legislation to reform our federal sugar program to stop unfair government subsidies and controls. I also held a Health Subcommittee hearing that I hope will lead to bipartisan Medicare reform legislation.

I've been seeking areas where I can agree with my colleagues — common ground solutions. I'd like to see President Obama try to do the same. We have big problems that spending programs won't solve.