Is Obama incompetent or just a liar? 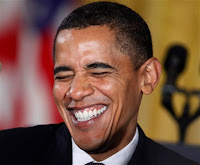 Barack Obama promised in 2009 that he would cut the national debt in half by the end of his first term.

We're in the last year of his first (and hopefully last) term as president but the national debt has risen by $5 trillion under Obama.

The national debt was $10.2 trillion when George W. Bush left office. Today it stands at $15.2 trillion and rising every second. That's a 45 percent increase under Obama.

Was Obama lying about reducing the debt or is he incapable of doing the job of president?

Either way, he does not deserve re-election.