Poll: Obama Out of Touch With Most Americans 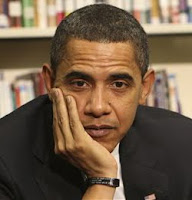 · Americans are still divided about reforming the country’s health care system. About half (46%) of adults believe the system works well and needs only minor changes while about the same proportion (45%) believes the system needs a complete overhaul.

· Two in five (44%) respondents believe the health care law should be repealed.

· More voters disapprove than approve of how President Obama has handled the economy (43% approve, 50% disapprove) and the situation in Libya (39% approve, 43% disapprove).

· A majority (54%) of Americans approve of using nuclear power to produce energy, while one third (33%) oppose the use; however, half (50%) oppose building more nuclear power plants, while two in five (42%) would favor doing so.

You can review the full poll findings here.