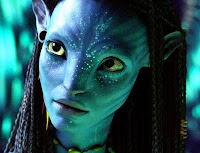 When your last film earns $2.8 billion at the box office worldwide, it's a sure bet you'll be working on a sequel.

James Cameron has announced plans to make two sequels to his blockbuster hit "Avatar," which eclipsed Cameron's "Titanic" to become the biggest movie of all time.

From The Hollywood Reporter:

"We'll continue to follow the same people on the same planet," producer Jon Landau said Wednesday during Paul Kagan's 3D Media Markets conference in New York. But, he allowed, "We might go underwater."