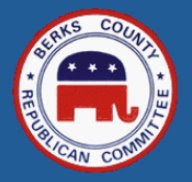 The revolving door continues to spin at the Berks County Republican Committee as Chairman Royal Furer abruptly announced this week he was stepping down after just 10 months in the leadership post.

Keeping a chairman has been a problem for Berks County Republicans in recent years.

The tumult in party leadership has coincided with loses in countywide elections. Republicans lost the district attorney's office they held for decades and also lost a county row office.

Give Furer credit for reaching out to the growing Latino community in Berks County during his brief tenure as party chairman, but his reason for stepping down (work responsibilities) is pretty weak considering he's in the same job he had when he ran for the party chairman post.

Berks County Republican Committee Vice Chairwoman Christine Gordon told a local newspaper she has no interest in taking over the top post, so it will be interesting to see who emerges as the county leader in the coming month.

Furer defeated two other candidates in July 2012 to win the county leadership post: Reading entrepreneur Jim McHale, who ran unsuccessfully for mayor in 2011, and John A. Fielding, an attorney in private practice and longtime member of the Antietam School Board.