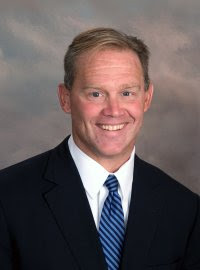 I watched the debate over the 2007-08 state budget Monday night on the Pennsylvania Cable Network. The best comments of the evening were made by Rep. Mike Turzai, a Republican from western Pennsylvania.

Turzai spoke for the majority of Pennsylvania residents who can no longer afford to pay for their massive state government ($7 billion in new spending under Gov. Ed Rendell.)

Unfortunately, only about 60 members of the House (all but one of them Republicans) had the courage to vote against the bloated Rendell budget, which will bring General Fund spending to a record $27.5 billion.

Rep. Mike Turzai delivered the following remarks on the budget on July 16, 2007, on the floor of the House of Representatives:

"Some of you may be surprised to know that my Dad was a life-long Democrat. Now as an aside, my Mom was a life-long Republican. They used to joke how they cancelled out each other's votes. He was a Democrat until the day that he passed away. My Dad was actually one of the 'real Reagan Democrats' though. But he liked the idea of less government that President Reagan talked about.

I remember when President Reagan and Democratic House Speaker Tip O'Neill were engaged in their budget battles. One day my Dad and I were driving and O'Neill came on the radio. My Dad said 'You know, I don't like that guy.' And I said 'Dad, you're a Democrat; I would have thought you liked him.' My Dad's response was 'No way. He's just a typical politician that wants to be a big shot using other people’s money.'

What I learned about my Dad is that he wasn't Democrat or Republican, he was just a hardworking guy, a gym-teacher, trying to raise three kids as best he could with my Mom. He expected to pay his fair share of taxes, but he certainly didn't want to be paying taxes so that some guy could run around with six or seven-figure checks to get himself re-elected. And he certainly didn't want to pay taxes just to keep people in a cycle of dependency on government. I was so proud of our Caucus when we unanimously voted in favor of the Civera budget amendment. I applaud again the hard work of Republican Appropriations Chairman Civera for his hard work on that amendment. I applaud everyone in our Caucus for unanimously supporting that amendment.

For me it wasn't just show. We really were the only Caucus in the General Assembly that actually tried to proactively bring spending under control and to stop further borrowing. Under the Civera amendment, we balanced meeting the needs of Pennsylvania’s citizens on the one hand with maintaining fiscal responsibility on the other. We didn't cut programs but we didn’t create new ones or add bloated amounts to the old ones.

We didn't need to - because the Governor has increased spending by close to 30% over the past four years already. What programs needed more money? In fact, under the Civera amendment we actually restored a few programs that the governor cut, like New Choices New Options, which helps women enter into the workforce. Furthermore, under the Civera amendment, we made sure there were increases for education.

However, under the Civera amendment, we also controlled spending at about 2.7% over last year's base budget, which was pretty close to the rate of inflation. It was a budget that protected the wallets of middle-class taxpayers who have to foot-the-bill for all of this government spending.

The proposed budget is about missed opportunities. There was a surplus of $700 million going into this year’s 2007-2008 budget. Unfortunately, given this budget, we're going to spend every last cent of it. In fact, hard spending will increase by $1.4 billion – yes that’s 1.4 billion dollars.

If we would have enacted the Civera amendment, we could have actually returned dollars to hardworking taxpayers. Keep in mind that Governor Rendell increased the personal income tax on the backs of middle class families from 2.8% to 3.07%. That's a tax that takes almost a billion dollars from Pennsylvania citizens today. We could have rolled back that tax to 2.99% and returned almost $300 million to Pennsylvania taxpayers. And we could have eliminated job-crushing business taxes, taxes that have allowed us to lose 2000 manufacturing jobs per month under this administration.

Instead, what we have before us is another Rendell budget that far exceeds the rate of inflation. We have to go back to the Shapp administration in the 70s to meet a legacy like the one this administration is creating. At the end of the Shapp administration, manufacturing was on a downturn, state debt was piling higher, there was an insatiable appetite for spending, the personal income tax was first levied and government suffered from years of mismanagement – look at the fraud issues in the Department of Welfare by way of example.

I have voted against all but one of Rendell's budgets. And I'm going to vote against this one too. I also voted against the Governor's Personal Income Tax increase. I guess I'm batting five for six.

You know, my Dad passed away almost five years ago now. Dad, I want you to know that I haven't forgotten about hard-working guys like you who foot the bill for all of the spending up here. I'll be voting no."